Home > Blog > How do I charge merchants?

How do I charge merchants?

Many businesses rely on advertising to expand their customers base. And publishers owning media (newspapers, radio stations, TV channels, websites) happily sell their ad space to the businesses.

In a traditional ad campaign there is an advertiser – a merchant seeking more exposure for their services or goods, and a publisher who gets paid for running the ads. The merchant pays the publisher for the privilege of having their ads served to the public.

At the first look, it may seem that there is no difference. The owner of the daily deal site (the publisher) offers advertisement service to local merchants for a fee. For the merchant running a daily deal it is a form of ad campaign.

So, as the owner of a daily deal site, how do I charge the merchant whose deal is running on my site?

The beauty of the daily deal advertisement model is that the merchant does not have to pay anything out of their pocket. The cost to run daily deal ad campaign gets covered implicitly, when merchant serves buyer's coupon at the discounted price.

Buyers make payments on the daily deal site, so the money comes to the publisher right from the merchant's customers, bypassing the merchant completely. Then it is at complete publisher's convenience to decide when to return the funds back to the merchant, taking the commission first, of course.

The publisher's commission for a daily deal could be as high as 50% of the proceeds (as the Groupon does). So in some sense daily deal publisher "charges" the merchant when taking $10 cut from every $20 coupon purchased.

Payment terms may be negotiated with each merchant for each deal separately, and Getsocio does not impose any restrictions on that matter. 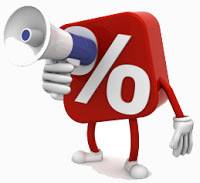