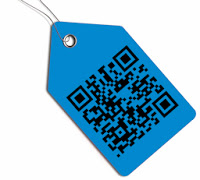 Dec.4, 2013 - GetSocio.com, an online software platform for creating and running eCommerce websites, introduces the release of a new useful functionality for coupon tracking and fraud protection: QR code (Quick Response Code). From now on coupon issuers can choose which type of optical machine-readable labels to use on their coupons - linear barcode or QR code.


Quick Response Code is the most popular kind of matrix (or two-dimensional) barcodes. QR code is a square image consisting of black and white square dots, it is called 2D barcode because it can carry information in both the vertical and the horizontal directions. The QR code system was initially designed by Toyota subsidiary Denso Wave for tracking car parts during the manufacturing process but due to its quick readability and higher storage capacity compared to standard barcodes it is now widely used outside the automotive industry. QR codes provide fast connections between static and online data and can be scanned by dedicated QR readers as well as camera-equipped smartphones with QR reader software.

In case of online deals and coupons, QR codes may be used for tracking and security purposes. Each coupon can contain unique QR code which serves as a reliable protection against fraud and duplicate use of coupons. When a merchant scans a coupon at the point of sale, QR code is automatically recognized as the coupon code which makes it very easy to verify coupon and mark it as used. If someone attempts to use the same coupon several times QR code allows the merchant to identify that the coupon is no longer valid. This quick scanning method helps to cope with large numbers of consumers using coupons and significantly facilitate the process of redeeming coupons for both merchants and shoppers.

GetSocio coupon script already supports regular linear barcodes. Encoding coupon codes in QR code provides our customers with a new convenient alternative to tedious and time-consuming manual verification of the coupon codes. Now, when you publish a new coupon deal you can choose the type of an optical representation of the coupon code - barcode or QR code. This option is available in the Deal defaults tab of Settings page in the Admin section of your site.  We believe that this new functionality will make running coupon websites on GetSocio platform even more beneficial for our users than it was before. 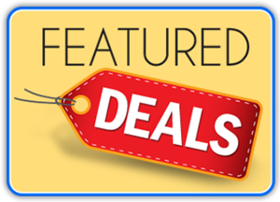