Home > Blog > The Dangers of The Daily Deal Business

The Dangers of The Daily Deal Business 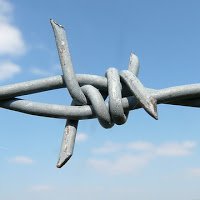 The daily deal business model provides lots of benefits for business startups. Entering coupon industry is relatively easy and inexpensive. However, there are many dangers and risks awaiting entrepreneurs on their way to building successful and profitable group buying or deal of the day business. Being aware of a problem is the first step in preventing it from occurring. So, let’s explore the key pitfalls to avoid when running a daily deal website.

1. Small business instability.
Daily deal promotions is a beneficial advertising option for merchants because it does not require an upfront payment from them. This also makes deal promotions available to startups and companies with a limited budget. Unfortunately, this category of businesses have a high failure rate. Besides, new companies can have some stock shortages or other issues caused by the lack of resources and experience. Daily deal companies should be careful when choosing merchants to partner with and should make at least brief analysis of their financial stability and ability to provide quality service to clients.

2. Merchants are not always capable to serve a surge in demand.
Many coupon campaigns broke down because retailers or service providers were not prepared to cope with the flood of bargain-seekers. Running a daily deal promotion creates a sudden increase in sales and if businesses do not have enough trained personnel or have a weak supply system they may not be able to serve both their regular customers and coupon holders fully, timely and equally. This leads to disgruntled consumers and hurts the business rating and reputation of both merchant and deal company.

3. Legal risks.
There are some potential legal risks associated with coupons. For instance, many states have laws that prohibit offering discounts on alcohol or require a minimum 5-year expiration date. There are also laws restricting medical professionals, e.g. dentists, from paying rewards for patient referrals and from splitting a portion of revenue from patient services. The recent gun control campaign against  LivingSocial is also a bright example of the coupon advertising pitfalls. Online coupons work well for most businesses, but sometimes there is a risk of fines and penalties under state and federal law and seeking legal advice in some cases would be helpful.

4. Financial loss in case of fraud or failure by merchants.
It happens that a merchant closes down shortly after running a daily deal. This can be a fraud or a merchant’s company can be liquidated for some reason during the validity period of a deal. Anyway, if a consumer, who wants to redeem a coupon, discovers that the merchant has closed up shop and left, this would be a very disappointing experience that may seriously harm the reputation of a deal website. If something like this happens, the daily deal company has to refund money to all customers who purchased the offer. It is also a common practice to pay them an additional compensation to settle the issue.

5. Reputation risks.
Giving refunds is not always sufficient to satisfy discontented customers, they still can be upset because they have spent their time but have not received products or services with a discount as they hoped. It is almost the same if a customer has succeeded with the coupon redemption but has got a poor service because the sales staff was impolite or neglectful with the customers who do not pay the full price. In order to reduce customer’s frustration, to prevent negative online reviews or mentions on social networks and to save good relations with clients, the daily deal companies have to monitor the performance of the deals they sell and to be proactive about notifying buyers when a merchant fails or otherwise refuses to honor the deal offer.


There are many other risks that businesses may face in the daily deal space. Running daily deal operations with due diligence and reasonable care for the reputation are the essential elements of steady business growth and success.
Tags: ecommerce, coupons, group buying, daily-deals
Related posts